Tributes have been paid to Don Patterson, the last surviving link with the founders of The PGA’s ground-breaking training scheme for its assistant professionals who has died at the age of 87.

Don, an Ulsterman and PGA Honorary Member who retired in 1997, was a member of the original training team that also comprised Eddie Whitcombe, Reg Cox, Eddie Musty, and Sid Collins.

Founded in 1961 and originally an eight-day course held at Llandudno Golf Club during the winter, their initiative has subsequently attained degree status and now involves three years of study in conjunction with the University of Birmingham.

“The PGA training schemes are now viewed as the best in the world and that all started with the pioneering work of Don and his colleagues,” said Alan Walker, a PGA Master Professional, golf course architect and the Association’s captain from 1999 until 2001.

“Don was the last remaining member of the pioneering group that saw we had to bring training forward.

“They weren’t worried about keeping their own jobs but more concerned with young people coming in and their futures. As a result thousands of pros have and still do benefit from their work.”

Each of those pioneers had a specialty and Don’s was coaching. But that was not his sole area of expertise.

The lay-outs at County Armagh, Loughall Country Park, Omagh and Moyola Park Golf Clubs all bear testimony to his skills as a golf course architect.

Don, the head professional at Warrenpoint Golf Club from 1959 until 1984, was also PGA in Ireland captain.

Despite those skills, his forte was coaching – an attribute recognised by his peers in Ireland who voted him golf teacher of the 20th century.

“I love coaching,” he once confirmed.

“It’s good to see the fruits of your work, especially among the younger set.”

One such youngster to benefit from Don’s tuition was Peter Hanna, the current PGA Captain.

“I first came across Don when I was at school,” recalled Hanna, head PGA Professional at Lurgan Golf Club, Northern Ireland.

“He was the pro at Warrenpoint and came up to teach in Craigavon at a driving range. He was regarded as one of the best teachers in the country and our school team was coached by him.

“I met up with him again after I turned pro and went to work as an assistant. In between trying to make a few quid playing on Tour, I did some coaching at a driving range where Don was teaching and learned a lot from him.

“He was very much into physical fitness, which was largely unheard of at the time. He also produced a lot of great golfers at Warrenpoint, not least Ronan Rafferty, and he was a national coach with the GUI (Golf Union of Ireland) for many years.

“Many pros in Ireland from my era have a great deal to thank him for – we all learned from him. The PGA is also indebted to him for his work in the early days of the training programme and going over to The Belfry as a swing tutor.

“Above all, he was a lovely man as well and never said a bad word about anybody.”

In terms of Tour successes, Rafferty was the star student but Don also coached a who’s who of Irish golfers in the early 80s, a band that included Des Smyth, Stephen Hamill, Raymond Burns and Joey Purcell.

And it was not just Irish golfers who were indebted to Don’s coaching: Gerry Anderson, a Canadian PGA pro, won the Canon Masters at Crans-sur-Sierre in Switzerland.

Establishing who Don was coaching, however, was almost tantamount to uncovering a state secret.

“He would never ever boast about who he was teaching,” recalled David Johnson, PGA chairman of training for 13 years and a tutor and consultant for 30.

“You would have to ask him who he was teaching and, unlike a lot of others, prise the information from him. He was probably one of the most modest men you could ever meet.

“Moreover, he was hard-working guy and put a lot into the Association’s training programme as a swing tutor.

“When he first started he was spotted with a tape recorder and, when asked what he was doing, he said there was so much information he wanted to capture it for his pupils.

“His heart and soul were in the job and he would do anything he could for golf pros and the Association.”

Don, who passed away after a long illness, was predeceased by his wife, Rosemary, who died in January. The couple did not have any children and Don is survived by his brother Bryan, a retired PGA Professional who lives in Cornwall.

The PGA extends heartfelt condolences to him, Don’s other family members and friends.

Acushnet, the parent company of global golf brands Titleist and FootJoy, has announced a three-year extension of its partnership with The Professional Golfers’ Association (PGA) that will see the pair’s long-standing relationship run until at least 2023.

As a Principal Partner of The PGA, Titleist and FootJoy will support members of the organisation in several key areas, such as the incorporation of product performance and custom-fitting material into the Continuing Professional Development educational courses. This will be in addition to applicable business and management content, plus an annual masterclass from one of Titleist’s top club-fitters.

PGA Foundation degree students will also have access to relevant equipment technology and custom-fitting materials as part of their studies, while both Titleist and FootJoy will sponsor The PGA’s annual ‘Assistant of the Year’ award, recognising the achievements of the next generation of professionals.

In addition, Acushnet will facilitate work placements for top PGA students at its head office – further evidence of the support being provided to the organisation’s members as they embark on careers within the industry.

“Titleist and FootJoy, as leading brands in their respective areas, both have a strong history with The PGA, making this partnership a very natural fit. We look forward to working closer than ever in the years ahead as we continue to educate and provide opportunities for the next generation of professionals.”

Finally, every PGA staff member will receive an annual allocation of staff uniform from FootJoy’s industry-leading range of apparel and golf shoes.

Robert Maxfield, Chief Executive of The PGA, commented: “It’s fantastic for us to be partnering with two of golf’s biggest and most trusted brands.

“Both Titleist and FootJoy are not only committed to the excellence of their industry-leading products, but have also demonstrated their drive to educate and provide opportunities for our professionals.

“We are excited for what the future holds and look forward to working more closely together in the years ahead.”

The tournament, which this year carries a prize fund of £27,975 with the winner taking home £5,000, will be played at the Nottingham venue from September 23-25.

A qualifying round played at Oakmere Park on September 21 will help determine the 120-strong field who will compete across three rounds in a strokeplay format.

“As a PGA Professional who has worked at Oakmere Park for more than 23 years as its Director of Golf, it makes me very proud that we have been able to bring such a prestigious tournament to this venue.

“We have six PGA Professionals and Assistants who make up the team in the shop at Oakmere Park and they are really excited to be part of this transformation and to host this Championship.”

The announcement comes as welcome news at Oakmere Park following significant course re-developments over the past five years.

After enlisting the help of renowned golf architect Tom Mackenzie, who has worked on a number of prestigious course including Turnberry and Royal Portrush, Daryl is confident Oakmere Park will provide a stern test for the 120-player field.

He continued: “We rebuilt all 18 green surrounds, re-bunkered the entire course, created four new holes and recommended the installation of the latest Toro, state-of-the-art irrigation system.

“The course is just under 6,800 yards and our members and amateurs from around the area rate is as one of the toughest challenges in the county. It’ll certainly be no picnic for the PGA Assistants.

“I honestly believe the Assistants will love the challenge at Oakmere Park, there are plenty of opportunities for birdies and it will reward the straight hitter who also has the touch of a surgeon.”

The Coca Cola PGA Assistants’ Championship, one of the oldest on the national schedule having been first played for in 1930, has been won by some of the biggest names in British golf including two-time major champion and Ryder Cup-winning captain Tony Jacklin, Peter Alliss (eight Ryder Cup appearances), Harry Weetman (six appearances and 1965 captain) and Dai Rees (nine appearances and captain five times).

Charles Hine, Head of National Tournaments at The PGA, added: “We are delighted to take one the Association’s most historic tournaments to Oakmere Park.

“The improvements made at Oakmere Park in recent years have made it one of the ‘must play’ venues in Nottinghamshire, and I’m certain it will prove a very popular venue for PGA Assistants in September.

“We look forward to working with Daryl and his dedicated team at Oakmere Park in hosting this year’s Championship.” 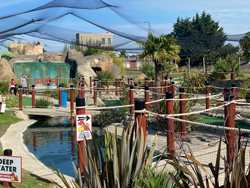 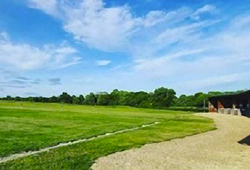 AMS Robotics welcome Basset Down Golf Club to the team.

Jerry Kilby CCM, former CEO of the Club Managers Association of Europe (CMAE), has re-launched his own company, Kanda Golf to provide management support to golf clubs, suppliers and service providers to the golf industry.

• PING signs Sahith Theegala, US College Player of the Year

• Golf is Open for KIds