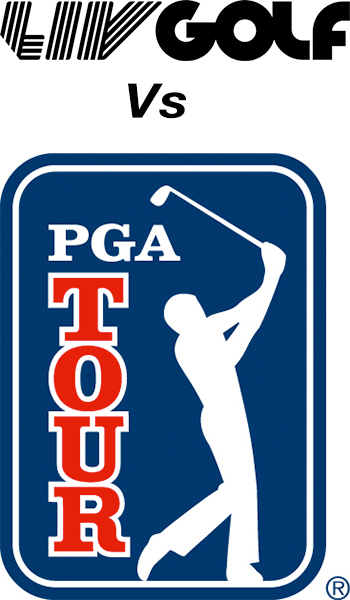 The lead golf story for 2022 was the emergence of LIV Golf. What started as a concept went into hyper drive in staging several events. Key players accelerated matters - lured by deep pocket money bankrolled by Saudi Arabia.

The 2023 calendar is just beginning and how professional golf sorts out the current imbroglio and resulting contradictions remains to be seen. A variety of central elements have now come to the forefront that pose serious and longer-standing issues that go beyond merely who plays where and when.

Although previously qualified LIV players were welcomed to compete for the ‘23 Masters by chairman Fred Ridley just a few weeks ago, the LIV Tour is still struggling to grab a serious toehold of attention.

The recently announced television contract brings LIV needed exposure but the platform pales in comparison to what the PGA TOUR has now. There also remains no world ranking points. This free fall only places LIV players at a huge competitive disadvantage as eligibility for key events such as the major championships is compromised.

For some LIV players the inability to remain in the loop for eligibility in the major events means far less: witness the comments of Aussie Marc Leishman. For the LIV players who have reached the 40-year-old age plateau the need to play in the biggest events can be downplayed so long as the retirement fund, secured from LIV, keeps padding pockets.

Let’s also not forget the model being used - 54 holes of golf, no cuts and shotgun starts. That model has more of an alignment with the circus than legitimate competitive golf at the highest elite level.

The concept of team golf, which LIV hyped as the next great thing since sliced bread, is also a sleep-a-thon with a ‘who cares?’ yawn attached to it. Certain norms matter when elite sports are played because of deeply embedded practices. LIV opted to be different simply to be different. That novelty is not exactly lighting up the fires of golf fans globally and it may necessitate a total rethinking in how future events are staged.

There is one other thing that clings to LIV like a mega ketchup stain on a white dress shirt - the stench of money coming from a country consistently demonstrating a human rights record that is frankly appalling.

Sports washing is not a new item: when the recently concluded World Cup was played in nearby Qatar, the manner in which migrant labour was exploited in building numerous stadiums was front and centre for all to see.

Not that long ago the NBA caved to China when the government simply “shut off” basketball games because of a sympathetic tweet from a team’s general manager supporting Hong Kong protesters. Securing money from these questionable sources has not impeded sports organisations from their alignment with such entities, but the focal point of attention is now intensifying and will likely grow in the years ahead.

The PGA TOUR does not get a pass either. It turned a blind eye and staged events in questionable countries - most notably China - where human rights are not followed with any real enthusiasm by the communist government. Ironically, the TOUR provided releases for players to compete in Saudi Arabia early in ‘22 before doing an about face later that year and suspending players opting to join the Saudi financed LIV effort.

One can only wonder if Commissioner Jay Monahan personally understood the broader inconsistencies involved. Or whether the TOUR simply flipped a switch once LIV became operational and the poaching of elite players went from a concept to actual reality.

Monahan could have opted to cut LIV off at the pass before the rival group gained traction and backed that up by pledging future TOUR events would not be held in countries where issues of human rights are a major concern. His delayed actions showed an alignment only towards a narrow business concern - protecting the TOUR’s brand without a far-reaching operational model that would send a powerful signal that how and where one stages events is paramount to core values held by the group.

It is prophetic what Phil Mickelson said as he was leaving the PGA TOUR to LIV, and that his actions were based on gaining leverage in forcing the leadership in Ponte Vedra to make long overdue structural changes in the way it operates. That happened with major increases in TOUR event purses for ‘23 and a reduction in the all-exempt status from the longtime number of 125 to 70. Bonus pools will also be increased for those showing the finest of form.

There aren’t many bulls’ eyes Mickelson has hit since leaving the PGA TOUR, but his desire to seek leverage over the TOUR clearly happened and in a strange way Lefty deserves credit for forcing the action.

For too long the TOUR brass favoured journeyman players over the most gifted players who actually drive the needle for fan interest. The ‘23 business model the TOUR has now put into motion is a clear break from the past. And while the TOUR will never admit as much - LIV prompted that to happen - and Mickelson served as the lead advocate.

LIV players have sought to hide behind the public relations pabulum that their involvements are about “growing the game” when the more tangible outcome is about growing individual bank accounts.

In all the back and forth, it is important to remember that protests at LIV events have become an ongoing matter. Family members lost loved ones on 9/11 and have not forgotten and will not permit those involved with LIV to forget either. One can only wonder how well LIV players sleep at night - especially on the American side. Hearing the painful stories those families will forever endure is not a “get over it” situation. Sad to say, but far too many athletes - especially elite golfers - live in a convenient bubble world where selfish needs trump - no pun intended - all else.

Organisations and leagues of all sports at the highest level have operated under the business model that the highest bidder gets the attention and the events. It does not matter the history of the giver - so long as they give - a lot.

For the bulk of sports fans, the narrow-minded focus is for sports to just simply continue without any concern for else takes place. However, there is a growing sentiment of concern. Where the money comes from and what it means to accept such dollars is now rising as a matter of concern. Probing questions are now part of the debate and the wherewithal to lightly dismiss such concerns is a response that no longer is satisfactory.

Sponsors with sordid records in human rights are being exposed and the past playbook in simply writing checks to cover all costs is no longer a guarantee in sweeping such matters under the rug.

The hard questions justifying such close involvements have not faded but will likely intensify. One can only imagine the squirming Ridley will endure when holding his pre-Masters press event. It is almost certain he will be asked how he personally justifies having LIV players compete in the April event when the money funding such players comes from a country that operates against its citizens - especially women - in a medieval fashion. One can only wonder how Ridley personally squares that with his wife and daughters?

Keep in mind, women were only admitted to Augusta in recent years. And the optics of a club that had a former chairman proclaim the timetable for admitting women will be its own and not “at the point of a bayonet” should have prompted a far greater sensibility in realising what the embrace of LIV players for the ‘23 event will mean.

Ridley should realise Augusta’s past defiance in not admitting black and female members is a history tied to the club in no less the same manner as memorialising Gene Sarazen’s famed double eagle in 1935. While major league baseball was intransigent before admitting Jackie Robinson as the first black player in 1947 - Augusta National stubbornly waited 28 more years later before Lee Elder teed it up in the 1975 Masters.

Athletes, sports organisations and sponsors of all types are not the sole determinants in selectively putting forward spin stories meant to cover past actions. The court of public opinion has the final say. Athletes, sports organisations and sponsors need to show a daily and consistent effort that demonstrates a firm resolve is driving the effort - with updated protocols and lessons firmly in place.

Sports in general at the highest of levels need to show a broader and closer connection to humanity. Not just simply engaging ineffectual photo-ops with self-absorbed athletes, sports organisations and sponsors looking to feather respective nests - then steadfastly hunkering down to the cocoon world they exist.

LIV and let die. This is not a Bond move - this is reality.

To truly “live” others cannot die.

Optics matter more than ever before. Words alone will not suffice.

Money still matters but the rising relevance of morals is quickly ascending the ladder of importance. Transparency and accountability are no longer talking points but action items of critical importance.

Professional golf - whether it be the PGA TOUR or LIV - now operates in a world where out-of-bounds shots will no longer be granted mulligans but swiftly accounted for and rightly punished. 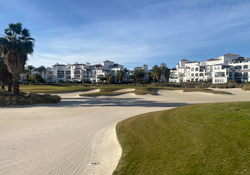 Polaris World was an ambitious project started in the early 2000s in Murcia, south-east Spain. 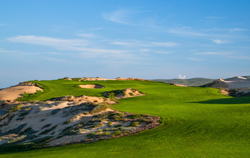 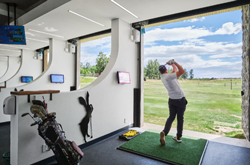 After significant market growth in the US over the last 12 months, the radar ball tracking company will be present at the 2023 PGA show in Orlando 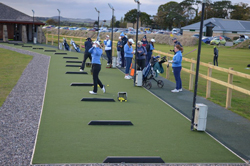 St Andrews Links Trust commissioned Huxley Golf to reinvigorate the practice tees of its renowned Golf Academy, following The 150th Open held at the Home of Golf in 2022.

Promoting Careers in the Golf Industry to Non-Golfers