That moment of broad exposure comes 19-22 October 2017, when the U.S. PGA Tour visits The Club at Nine Bridges for the newly minted CJ Cup, the tournament that now kicks off the Tour’s annual Asian Swing. The CJ Cup marks the first time the PGA Tour has visited South Korea for an officially sanctioned Tour event.
Few courses anywhere have so methodically prepared themselves for this high-profile moment. Nine Bridges opened in 2001, and architect David Dale - a partner with the Santa Rosa, Calif.-based design firm, Golfplan - has returned to The Club nearly every year to conduct some manner of renovation. This sort of attention to detail has paid off, as few tracks have garnered more laurels in advance of their Tour debut: GOLF Magazine ranks Nine Bridges 43rd on its world top 100 list; Golf Digest pegs it at #59.
Golfplan partner David Dale said: “It’s been a real treat to fine-tune Nine Bridges over the years, but I do think we’ve got the course exactly where it should be, from a design and competitive-test standpoint,” said Dale, a burly Montana native whose internationalist firm (www.golfplan.com) has laid out more than 217 original course designs in 32 different countries. “We were pleased that the Tour showed up and saw no need to touch the putting surfaces. That makes an architect feel really good. We have added several back tees, however, and renovated the bunkers to make those hazards more visible to competitors and television viewers alike.”
While PGA Tour players will be seeing Nine Bridges for the first time, The Club is obviously a well known quantity to course raters (GOLF has cited it among the top 50 tracks opened anywhere in the world over the last 50 years). When the LPGA first played its first-ever event in Korea, Nine Bridges was the host (2002-05). The World Club Championship, an amateur event, has also been staged here multiple times.
Yet when the no-cut field of 78 and a world-wide television audience get their first extended look at Nine Bridges during October CJ Cup, they are likely to be surprised by what they see: a modernist homage to a lesser-known classicist (James Braid) set not at seaside but in a forested upland reminiscent of Gleneagles.
“That was my take on this terrain the moment I first set foot on the property in 1996,” said Dale, whose firm has laid out 23 courses in South Korea. “Course sites here in Korea are mainly in the mountains, on land unsuitable for agriculture. This is typical of course development across Asia. Coastal sites are rare, as they are pretty much everywhere. Accordingly, many Asian courses today take shape in mountainous settings, or urban environments that tend to be quite flat.
“But the Scottish Highland setting at Nine Bridges is utterly unique to Korea and Asia. Before we ever delivered design plans to our clients at Nine Bridges, I took them all to Perthshire, to Gleneagles. They made the connection immediately and that has informed our work ever since.”
The last time a worldwide television audience got a glimpse of Korean golf, it was the 2015 Presidents Cup, where the host course occupied dead-flat terrain reclaimed from Incheon Harbour, surrounded by high-rise buildings.
“It was a striking tableau in many ways,” Dale says, “and the huge crowds showed just how much Koreans love and support their golf. But that setting didn’t have much Korean flavour, in my view. Jeju Island and Nine Bridges, on the other hand, both show off how beautiful the Peninsula can be.”
Dale knows a little something about golf’s global garden spots. If you count renovations, Golfplan has worked in 75 different countries since it’s founding in 1972. If one travels to Indonesia (Bali Handara GC, Jagorawi), Brunei (Royal Brunei GC), The Philippines (Anvaya Cove), Malaysia (Saujana CC), China (Weihai Point), Japan (Bonari Kogen), and Singapore (the Serapong course at Sentosa GC), these Golfplan designs are all recognised among the country’s most beautiful and elite tracks.
According to Dale, The Club at Nine Bridges takes a backseat to none of them.
“The climate on Jeju Island, which sits just off the south coast, is temperate and humid, almost sub-tropical, so it’s pretty darned perfect for golf,” Dale said, “and Nine Bridges itself occupies these gorgeous forested highlands that rise up from the beaches, right there in the shadow of Mt. Halla, the highest mountain in the country [some 6,000 feet/1,950 metres]. More generally, Korean golf courses just have a meticulously curated aesthetic all their own. There’s nothing quite like relaxing in the back-nine teahouse at Nine Bridges, watching folks play the driveable 14th.”
Ah, the teahouse - perhaps Korea’s most cherished and organic contribution to golf culture. These are essentially halfway houses, resting points where a cool towel, a beer and maybe a hard-boiled egg can be had. Architecturally, they are the subject of great artistry and whimsy - and Nine Bridges is no exception.
“I prefer the teahouse on the back nine, which has a striking, ancient Mayan aesthetic to it,” Dale says. “It frankly makes the Butler Cabin feel like a truck stop. That’s where you’ll find me on Sunday afternoon during the CJ Cup. I can hardly wait.”
Post date:
24/08/2017 - 11:14am 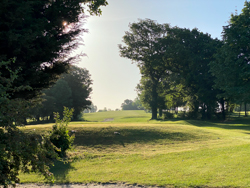 We are all delighted to be open for golf again, despite being restricted to outside trade only and playing only in 1 and 2 ball groups, unless in a household group. Almost all golf courses are experiencing near full capacity with many golfers starting very early and continuing their games well into the evening. It has been a very busy time for greenkeepers, who have collectively done a fantastic job of getting golf courses ready for play.

A collective sigh of relief swept across the UK as golf re-opened last Wednesday 13th May.  Golfers, who have been under strict lockdown, were delighted to be allowed to play again. 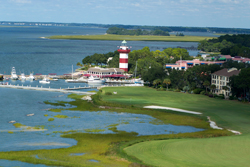 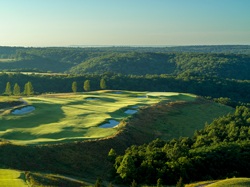 • Virtual Women&rsquo;s Golf Day Unites the industry for a Day of Entertainment, Celebration and Fundraising

Light at the end of the tunnel

There were hopes at the start of the year that the general downturn in retail sales that had plagued so much of 2019 owing to the uncertainties of Brexit were starting to ease.  Golfers’ wallets appeared to be loosening giving a good start to the year. March’s weather was generally good from a golfing perspective.

• Kelly's eye - PGA pro Ciara is on-call for the NHS